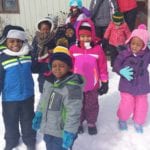 Neighborhood House pre-schoolers head out to the sugar bush!

Ahmed and his parents were new to the US, with limited English and no experience with child care centers. Ahmed’s first days at Neighborhood House were especially frustrating as he was separated from his parents, unsure if he could trust his teachers, and unable to communicate. Ahmed quickly bonded with lead teacher Miss Shannon, whose care and keen attention gradually set him at ease, and set the foundation for learning. His parents, too, became more trusting and took some coaching on how to help him move forward. In a few months, Ahmed developed enough emotional security to make friends and interact in age-appropriate ways. His parents were happy with his progress and more confident in their parenting. 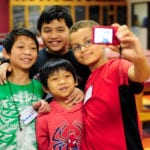 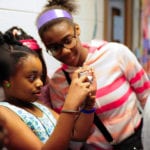 When 11-year old Kayla started at Neighborhood House she was “acting tough” around Ms. Vanessa, challenging her authority and not helping out with tasks. Staff learned that Kayla had been the target of bullying at school because she’s different from other girls her age, not as interested in clothes and hair. Staff made a special effort to earn her trust and mentor her on handling the kinds of negative things coming her way, teaching strategies for self-reflection and knowing one’s own strengths. This summer her mother and her instructors noticed a dramatic shift in Kayla’s behavior. Now when Ms. Vanessa asks for volunteers to help in the classroom, Kayla is one of the first to step up to help. 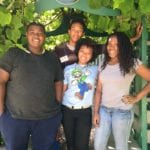 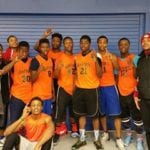 The team with Coach Ronnie Madison in the playoffs. 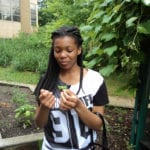 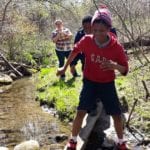 When he first came to Neighborhood House, fourteen year old Roger was making poor choices in and outside of school, not caring about his future, just trying to be tougher than the next guy. Teen staff had to ask Roger to leave the building on several occasions – for offensive behavior and offensive language – but he’d be back the next day, like clockwork; clearly something appealed to him here. Roger gradually realized that he didn’t have to defend himself here or pretend to be tough – it was safe for him to just be a kid. As he learned to soften his approach, staff worked with him on his social and emotional skills. Exploring career opportunities through field trips and mentoring has inspired Roger to try to start his own business, and given him a better understanding of how doing well in school.

Our next Breakfast Briefing is December 9th!