Leaders in the making, and at bat

Leaders in the making, and at bat

Four Neighborhood House boys flew off to Maryland this summer, joining kids from across the country in the Cal Ripken, Sr. Foundation’s summer leadership program. For Caebrion, Jahari, Ojore and Feliciano the lessons began right at the airport. Chaperone Christina Hill explains: “I tried to make it a learning experience for them. I explained the process of checking in, going through security, finding your gate, and the boarding process. On the way back I actually had them figure out which way to get to our gate. They enjoyed the plane ride but hated the popping in the ears!” Participants (ages 10-13) were selected by staff for demonstrating key NH values such as respect for others and self, listening, following directions, being a good leader, as well as good attendance during school year and/or summer. Each year we alternate genders – you can read last year’s story about the girls here.

The week-long camp is way for deserving young people to learn baseball The Ripken Way, while simultaneously developing life-long character traits that will help them become leaders and continue on the path to success. This year the leaders and coaches challenged the kids to be uncommon in all aspects of their lives on and off the field (asked what does it mean to be uncommon, kids replied, “to go against the grain, to be a leader.”)

Programming for the week long camp included a rigorous schedule of physical exercise: every morning basic warm up drills like ladders and lateral hurdle jumps were followed by technical lessons in batting, base running, throwing and catching. After lunch, a game incorporated and reinforced all those techniques.

Lessons in life skills came from a variety of presenters, including:

These lessons in teamwork, leadership, respect, and communication were aimed at helping kids be successful not only in the game of baseball, but also in the game of life. (More at  www.ripkenfoundation.org).

Neighborhood House has a long and special relationship with Cal Ripkin Sr. Foundation: NH’s youth Badges for Baseball program was cited as one of the best in the country and earned “best practice” status, as well as Affiliate Status with the Foundation. Congratulations, guys, for your hard work and achievements! Many thanks to Christina Hill for her guidance, and contributions to this story. 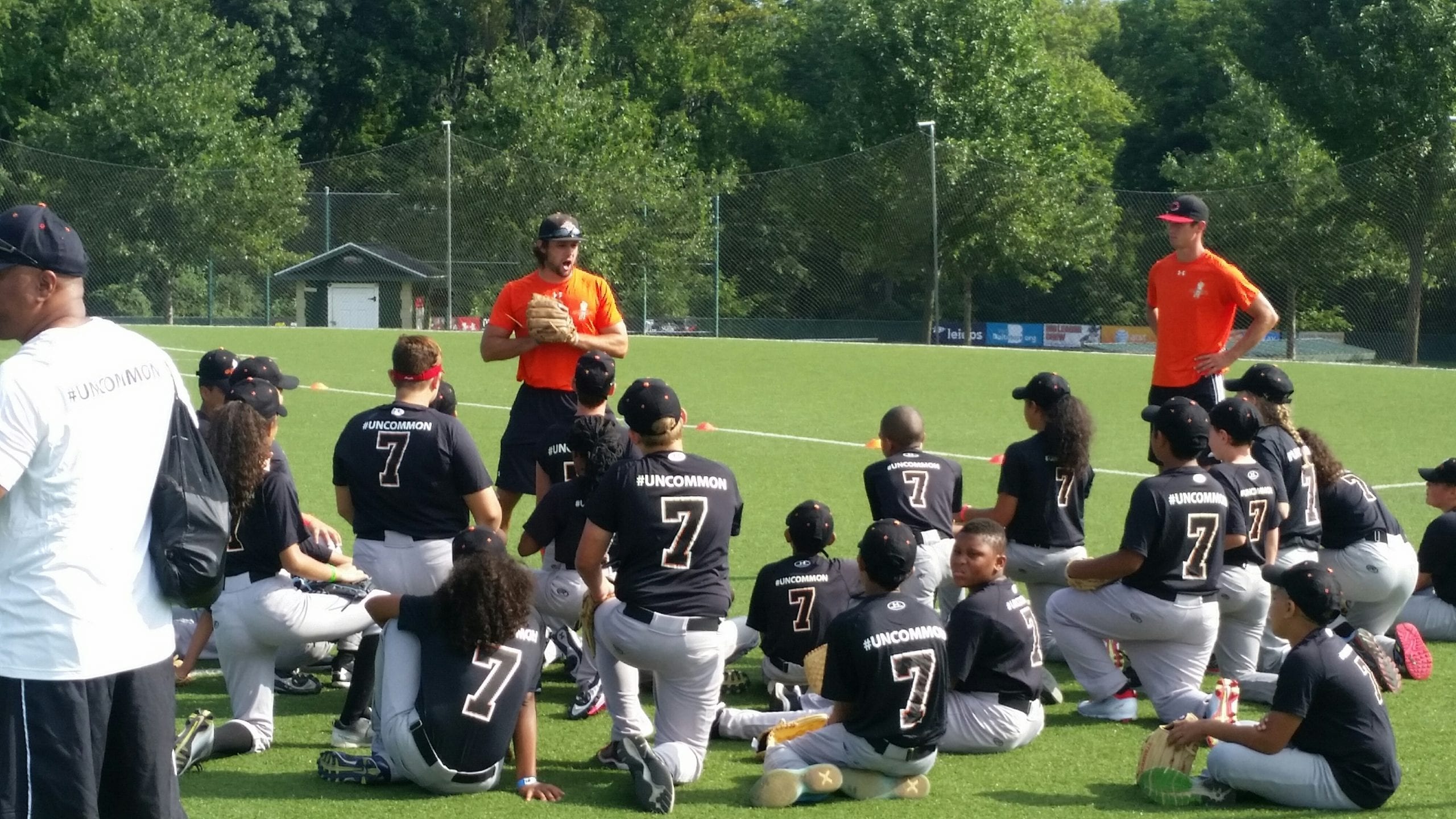