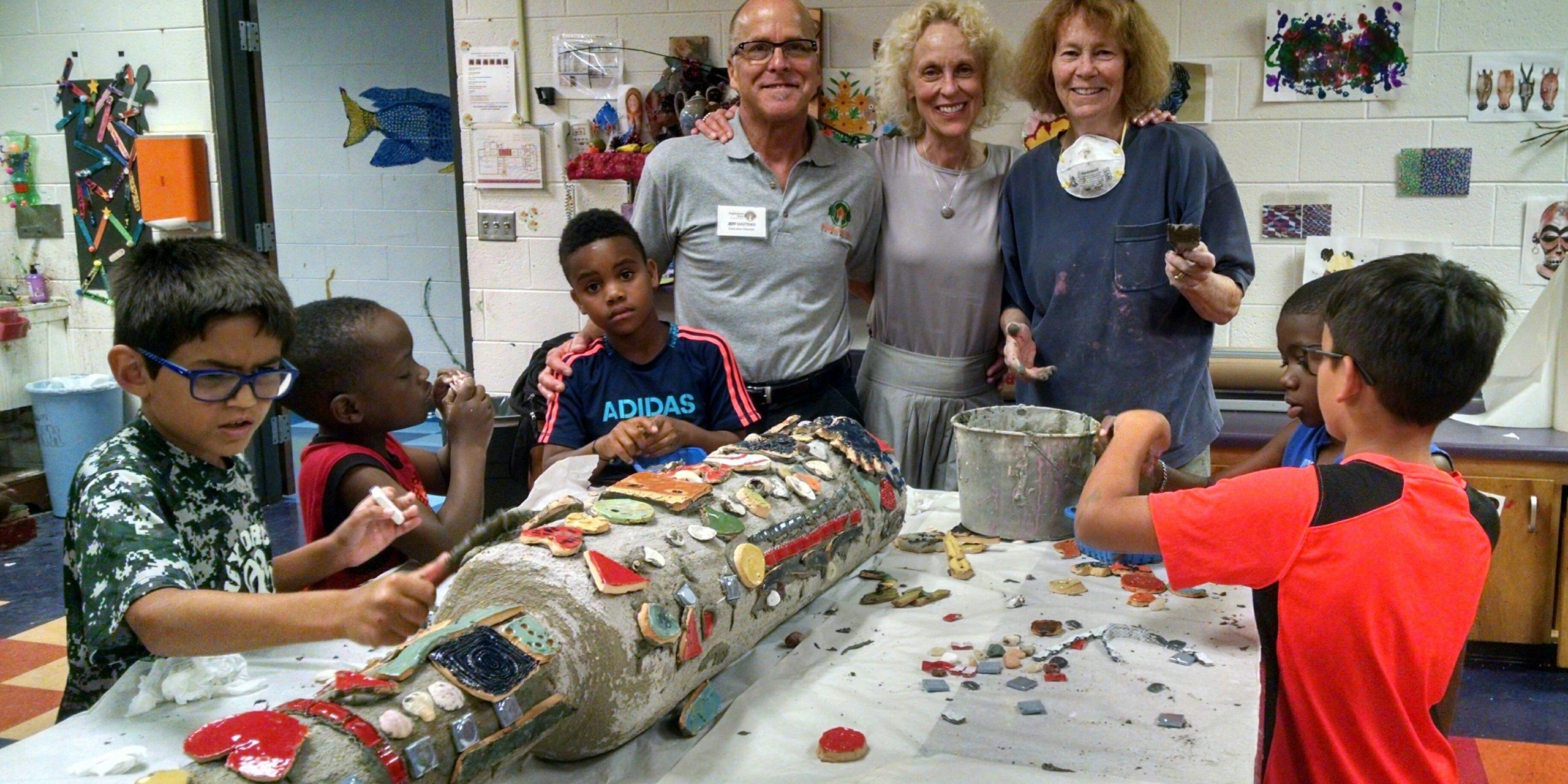 The totem pole art was inspired by the 2017 summer camp theme, “Nature of Culture.” This programming aimed at reaching low-income, underserved Milwaukee youth to engage them in cultural exploration.  Through the use of field trips, workshops, and performances students were introduced to the traditional practices of different cultures. Further, through a series of hands-on activities, Neighborhood House summer camp participants strengthened their connections to community and explored the relationship between environment and culture.

ABOUT NEIGHBORHOOD HOUSE: Neighborhood House of Milwaukee is a community center in the settlement house tradition now in its 70thyear, founded to help strengthen children and families in some of the city’s most under-served neighborhoods. The agency has touched the lives of over a million children and adults since 1945. Its’ highly regarded, award-winning programs serve infants & toddlers, school-age and teen youth.

Your gift builds stronger families and brighter futures for children of all ages.
Donate Now

View our upcoming events and get the latest news around the Neighborhood.
Learn More
Go to Top