Timberley Brown Plans to Make a Difference at Fisk University

Timberley Brown Plans to Make a Difference at Fisk University

“I want to start a community center for kids in poverty, [in order] to set them up on the right path” 18-year-old Timberley Princess Brown confidently states. As an incoming freshman at Fisk University, she plans to pursue these goals through attaining a Business degree with a Political Science minor. Timberley is a Milwaukee native who grew up just a few blocks from Neighborhood House, and in seventh grade she began attending our after-school Teens On The Move program. At that time, her cousin had recently passed away as a victim of gun violence, and this heartbreak fueled her activism and empathy towards the subject. Timberley played a major role in NH’s 2016 and 2017 Violence Prevention Summits, and this self-described cheerleader has continued to be a positive influence and caring friend to many at NH. We were honored to recognize her accomplishments at our 26th Annual Harvest of Hope Gala, where she spoke in front of over 300 guests and received a scholarship made possible through Reinhart Boerner.

Just as Timberley has shaped NH, NH has shaped her. She remembers passionate staff believing in every single teen that they could improve academically, little by little. One of Timberley’s first jobs was through NH as a canvassing intern, where she interacted with our Near West Side neighbors and led discussions amongst community groups. Her career aspirations also reflect growing up here, and Timberley credits NH with presenting a professional environment where she  could see how community center staff must effectively communicate with a variety of parties, including children, parents, and internal management.

Timberley’s relationships with other NH youth is obvious as she walks the halls, hugging friends and discussing the last time they’ll hang out before her July 30th departure for Fisk’s JV  Volleyball clinic, followed by Freshman orientation. She plans to focus on volleyball, academics, and the adjustment to a new city during her first semester, plus she wants to explore new activities. A hectic schedule is what she is used to- at Milwaukee’s High School for the Arts, Timberley graduated in the top 5% of her class, was the first female African-American President of her chapter’s National Honor Society, mentored youth in ways that focused on their social and emotional health, performed spoken word pieces on gun violence with the organization Precious Lives, and all while participating in NH’s teen program and community events. Poetry helped Timberley immensely after her cousin’s death, leading to a more recent passion as an aspiring lyricist, performing under the pseudonym Princess Timberlee. In high school, she also attended a number of college-prep programs, including Gear Up which took her on her initial tour of Fisk, an historically black university. Timberley, a first generation college student, will be following in the footsteps of many other great Fisk alumni, including W.E.B. Du Bois and Ida B. Wells-Barnett.

As Timberley is packing boxes and sending in the last of her admissions paperwork, she remains focused on her future goals. “I want to be the change, little by little… I never give up… I put others before me because I am confident in my own abilities” she says. We at NH know that Timberley’s passion and empathy will help her change lives, and, more importantly, so does she. 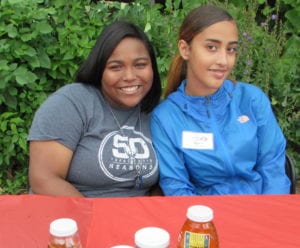 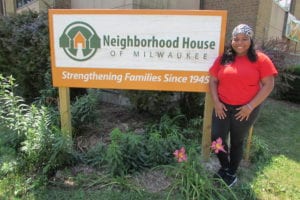 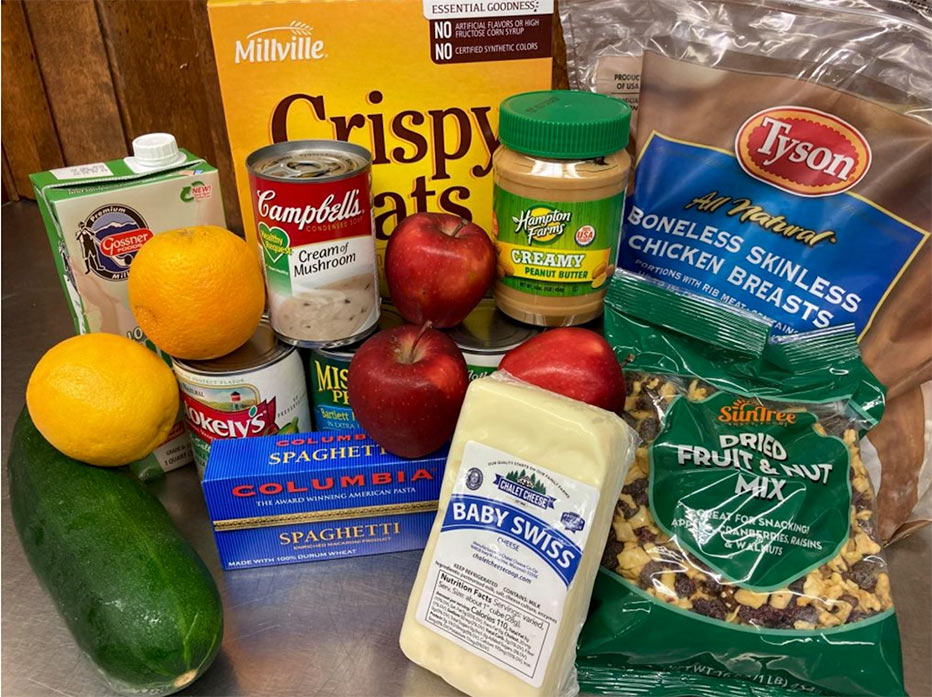 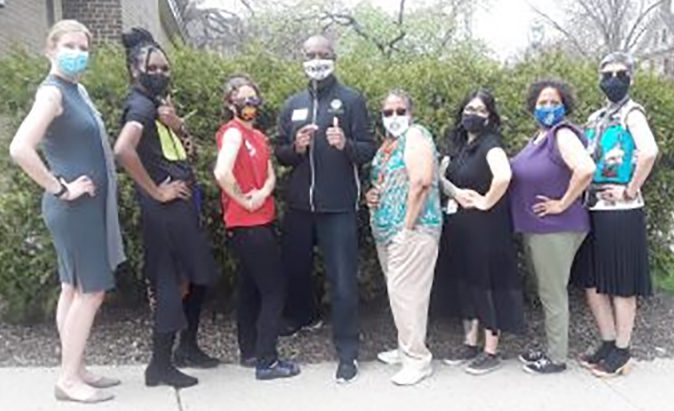